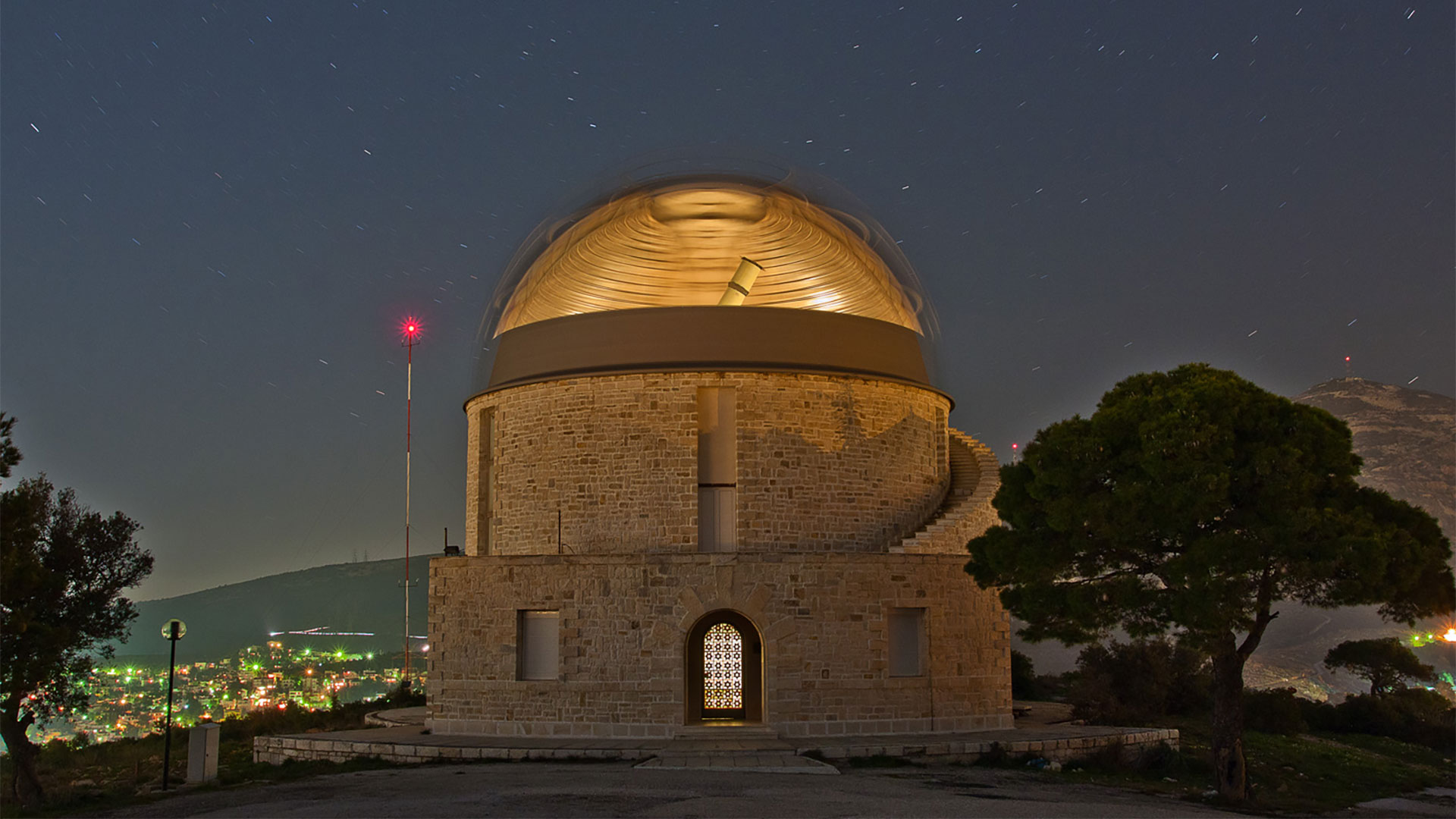 The construction of the state-of-the-art Troodos observatory in Agridia began at the end of April, after seven years of preparations. "The time has come," said George Tzivas, Director of the Press Office of the Planetarium - Observatory of Cyprus, with satisfaction in "Business Limassol", adding that this year is a milestone for Astronomy in Cyprus.
The goal continued, is the work to be completed in 16 months and the observatory to operate in October 2022. The cornerstone of this important project for Pitsilia, will be laid by the President of the Republic on May 15, World Astronomy Day. The Observatory, pointed out George Tzivas, will be interconnected with other European observatories, especially the Skinakas Observatory in Sitia, Crete, being a network of information, training and information centers for astronomical observation and space.
The building will feature two huge telescopes, a 20-inch observatory astronomical telescope with a mechanically rotating vaulted roof and a solar observatory telescope with a mechanically movable roof and a small planetarium. The purpose is to create a landmark building, located at the top of the mountain.
The observatory is part of the GEOSTARS projects of the Interreg V-A Cross-Border Cooperation Program "Greece-Cyprus" 2014-2020 and is co-financed by the European Union and national resources of Cyprus. The cost of construction and astronomical equipment amounts to € 1.4 million.
Growth cell for Pitsilia
The observatory means a lot to the wider area, said in "Business Limassol" the mayor of Agridia Andreas Eugeniou, as he will
increase traffic and contribute to the economic development of the region.
The project is expected to attract astronomers, observers, scholars, researchers and astronomy enthusiasts from around the world, while it will be a pole of attraction for all schools in Cyprus. Pitsilia will benefit by attracting alternative agritourism and astrotourism, while new jobs will be created for the observatory, the reception of schools, the operation of its cafeteria-restaurant, and the souvenir shop.

The construction of the state-of-the-art Troodos observatory in Agridia began at the end of April, after seven years of preparations. "The time has come," said George Tzivas, Director of the Press Office of the Planetarium - Observatory of Cyprus 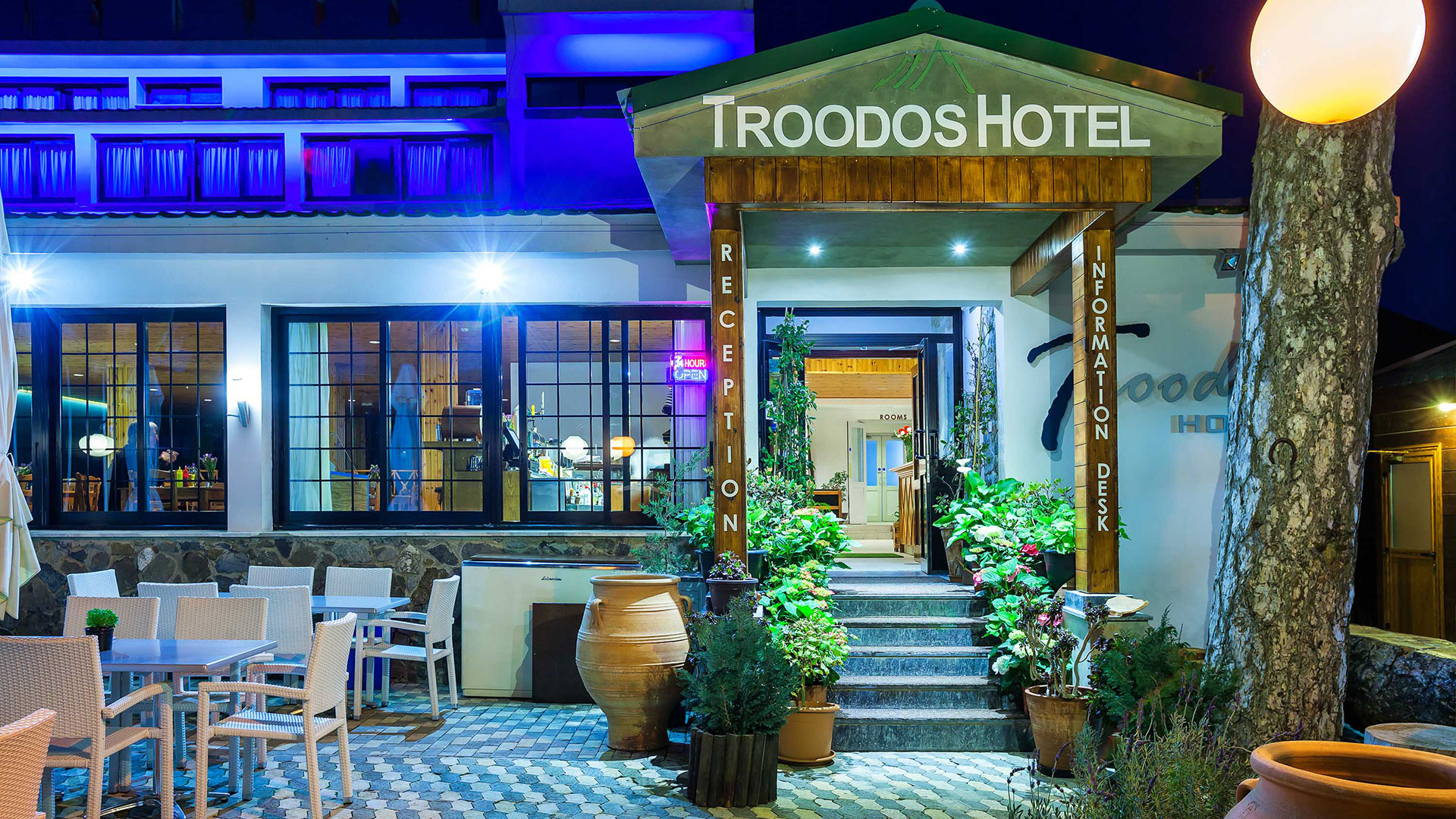 Welcome to our new digital facilities!

Take your time and browse our new website and be the first to know about the new facilities and services of Troodos hotel. VIEW MORE

The construction of the state-of-the-art Troodos observatory in Agridia began at the end of April, after seven years of preparations. "The time has come," said George Tzivas, Director of the Press Office of the Planetarium - Observatory of Cyprus VIEW MORE 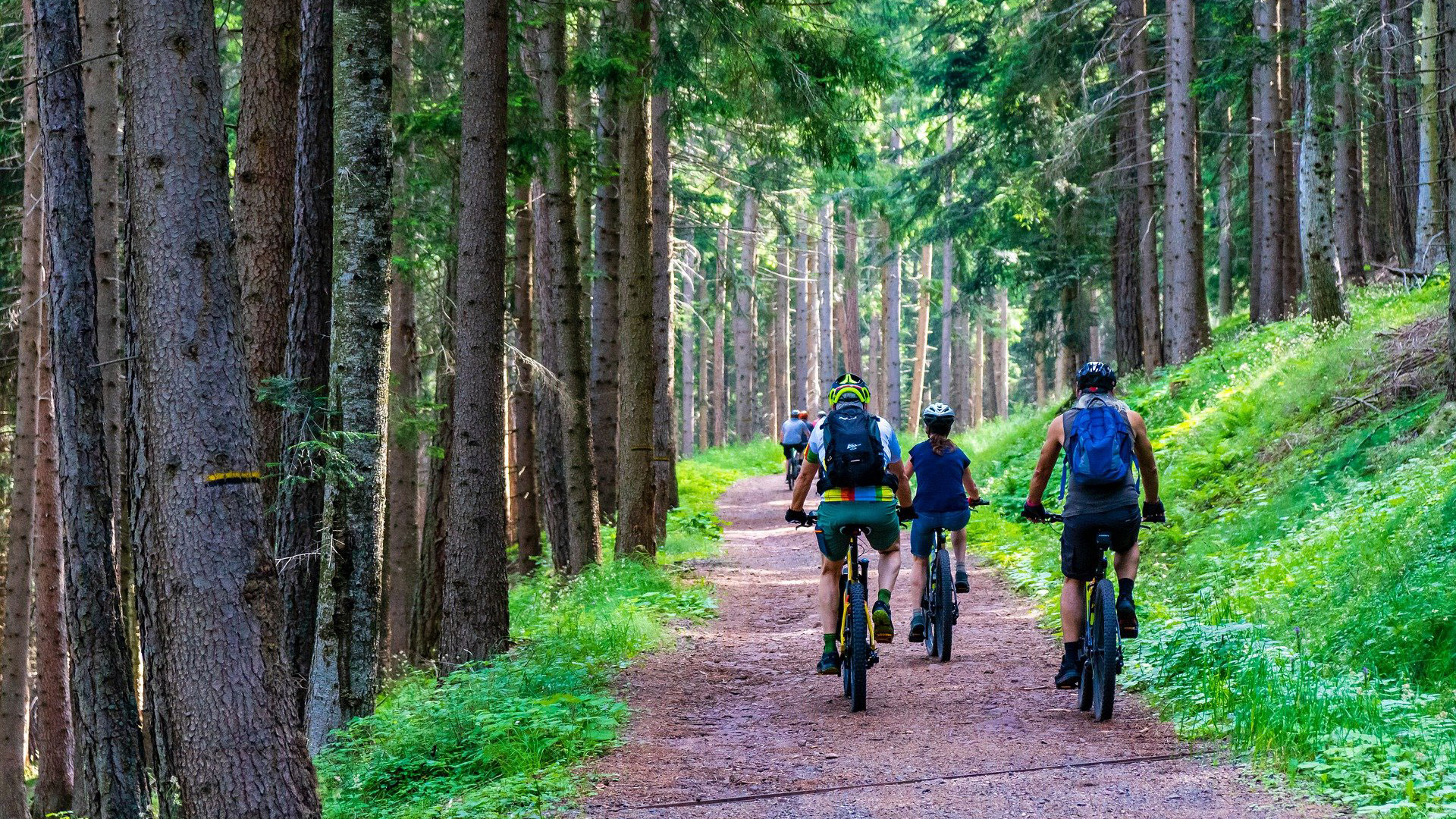 We believe that Gravel is a Spirit, driven by adventure, the desire to explore and to discover, to exist out of your confort zone, to be bold, to immerse yourself in nature, to have a free plan, to ride free! VIEW MORE 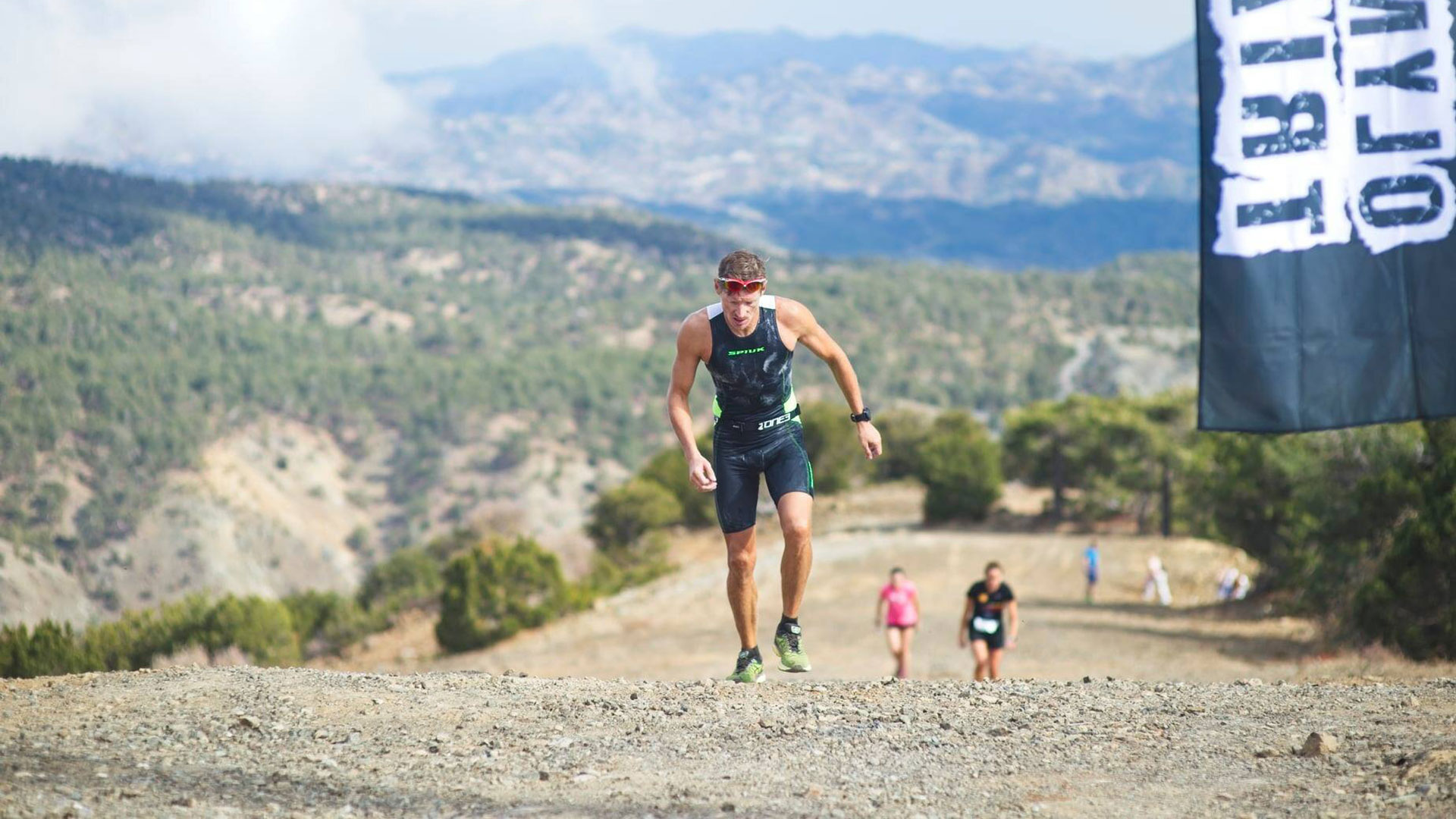 O3 Olympusman Triathlon. Do you have what it takes?

OlympusMan O3 is a one of its kind in Cyprus triathlon and one of those events every hardcore triathlete must have in his/her “bucket list”! VIEW MORE

Worth it !, Penny M, Limassol
Very good hotel in a beautiful place! The staff very polite and the room clean and with a wonderful view from the covered terrace. The location of the hotel is very convenient, on the main square of Troodos. Everything is perfect!
Wonderfull Stay Nikolas M.
Perfect hotel !!! Friendly staff always willing to serve customers. Child friendly. Excellent view and location mainly in winter but also in summer. Delicious food !! We will definitely prefer it again !!
A great place to enjoy a buffet meal and panoramic views. GRAHAM C (UK)
This was a stop off for lunch on the Eman ' Discover the Island ' coach tour. Its 10 euro buffet was excellent value as it included hot and cold choices for starters ( veg. soup / a choice of local sourced salads / pastas) bread rolls, several hot mains including chicken, pork, beef, moussaka, vegetables ( peas , carrots, roast potatoes ) and salmon plus a selection of cold desserts. Seeing this was a buffet and you could revisit as many times as you want, I thorougly recommend the Troodos Hotel when up in the mountains. The views from the restaurant were spectacular. Drinks were extra but very reasonably priced. This area is a ski resort in the winter and from what I saw and heard whilst there, the staff are very friendly and the hotel itself looked well-appointed and welcoming.
Οverall wonderful hotel Michel L (FR)
Τhe only one of the four hotels on our track with a little care on arrival (fruit juice served at the entrance) after a few hours by bus to the mountains. room quite tidy and clean like the small but functional bathroom. air conditioning is absent but is not really necessary due to the altitude. the restaurant is quite good for both breakfast and dinner buffet.
EXCELLENT!!!!! Georgia V.
Everything was perfect. Fantastic location, service, cleanliness, lovely breakfast, clean room and comfortable bed, great staff. Very good food all hours at very reasonable prices and great bar with very good service. We will definitely visit you again !!!!!! Well done guys !!!
VERY GOOD! Theodora P. Nicosia, Cyprus
The staff was very hospitable and helpful. The room we stayed had a wonderful view from the balcony and was also renovated and very clean. Breakfast was pretty good. The restaurant has a very good menu. I would be happy to stay at this hotel again!
An excellent stay in a hotel worth the money. Aris M. Nicosia, Cyprus
Great hotel! ! ! We (me and my ten year old son) just got home after spending the weekend at this wonderful hotel for a soccer tournament! The hotel was extremely clean, the room was well equipped with great views, the breakfast was similar to a four star hotel and the hotel staff was amazing! ! ! This hotel definitely looks more like a three star (albeit a two star) hotel as it is definitely worth another star in the official ratings! ! ! We will definitely be back and this time we will bring the rest of the family!
Pleasant drink, shani s. London UK
The staff friendly, cheap drinks, nice view of the square, nice selection of drinks. Good location, it looks clean and very well maintained and I would consider staying overnight, wishing we had eaten from here as a much better atmosphere
Top place of the mountain, NalinW_12 Marshfield, Australia
The location is great, you look directly at Olympus. The hotel itself is comfortable and cozy. I had a lovely room on the 4th floor with an enclosed balcony. Wonderful views of the mountains. Wonderful place. The staff is friendly and helpful, very friendly. The restaurant and bar are very good as well.
Ideal place for a high-energy vacation, Martin V
Great location for summer holidays with many sports activities (tennis courts, cycling etc ...), great character in the surrounding mountains. Ideal place for those who want to have a vacation with some sports action. 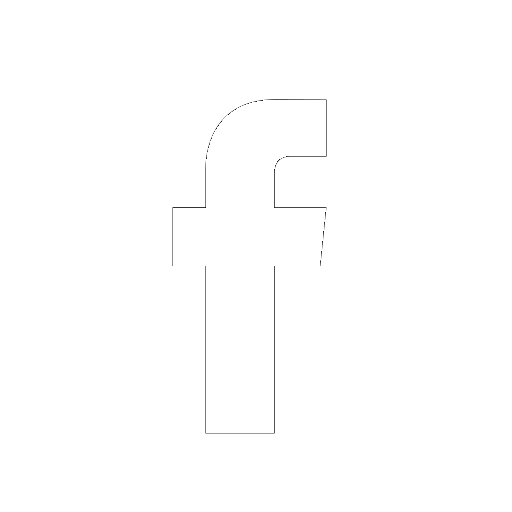 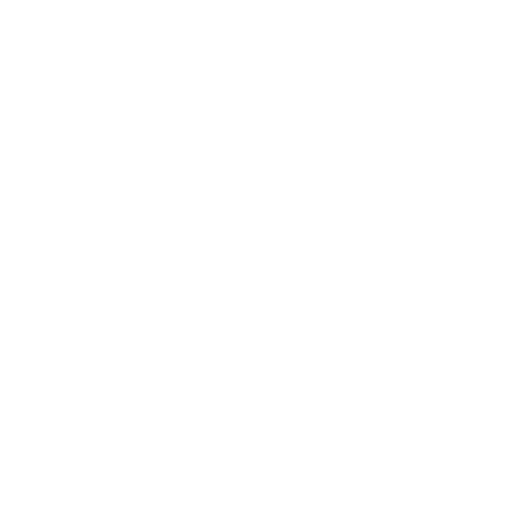 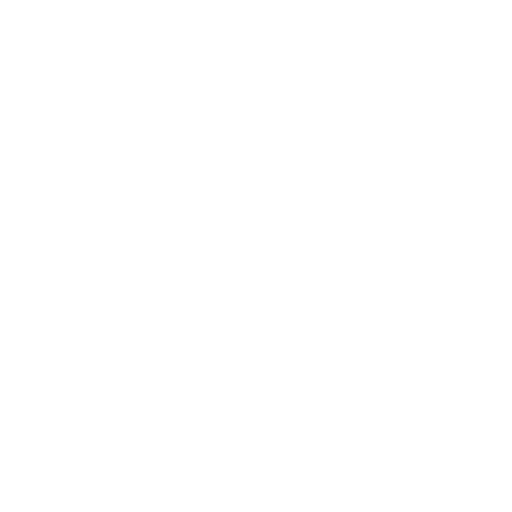 Fill out this form and obtain a special discount of 25% for the building of your corporate website with us. 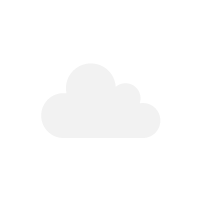 Thank you I will definitely come again !!! - Agathaggelou

Thanks to all the staff for their kindness. They were all willing and ready to serve you for anything. I had paid for a budget room with a balcony and was eventually given a room with a huge balcony overlooking the snowy mountains. Even though the hotel was full, our room was so noisy that you thought it was empty. The breakfast is excellent and rich !!! Amazing location. 10 ''

The hotel is very good in a beautiful location. The room was very clean with a great view, which of course depends on the type of room. The staff was friendly and helpful. Breakfast needs enrichment

The perfect location for relaxation - Marioschr

The hotel is in a very good location. Staff polite, willing to serve. I highly recommend it to anyone who wants to relax and enjoy a hot chocolate while watching the endless green of Troodos. Thank you very much, we will visit you again soon. :)

Very good hotel in a beautiful place! The staff very polite and the room clean and with a wonderful view from the covered terrace. The location of the hotel is very convenient, on the main square of Troodos. Everything is perfect!